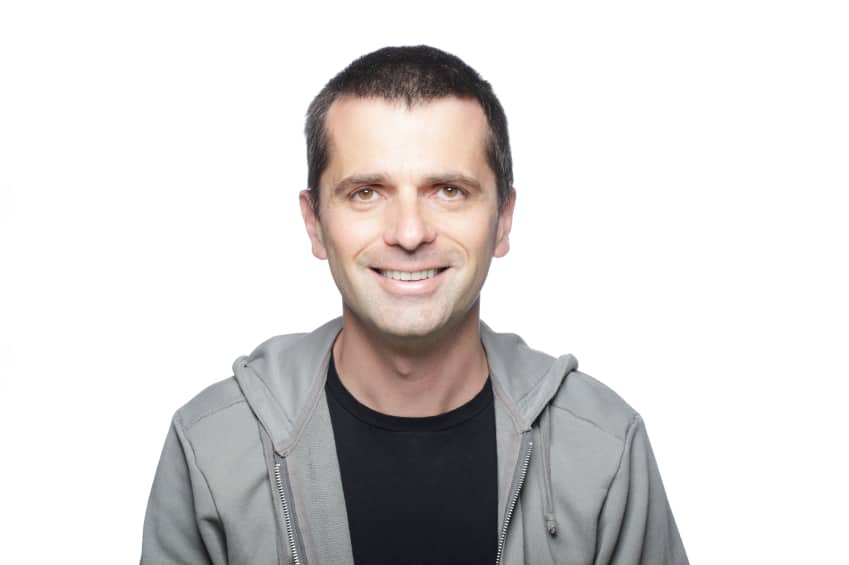 My dad was a very angry man full of rage, the smallest things would make him snap and he wouldn’t just slap you he would punch you, it would hurt. He was hitting everyone including my mum so my mum left him and that broke my heart really. I suppose that’s what triggered it all off, that my mum left when I was six and I felt abandoned. I idolised my mum, I loved my mum. It affected me, I understand that today, that it massively affected me. I was very resentful over it for years. So that’s when it started and my behaviour got worse. My dad’s behaviour got extremely worse – what we now understand to be paranoid schizophrenia. In our bedroom he broke the handle off from our side of the door so me and my brother couldn’t get out. He would close the door, take drugs and pass out and if we wanted to go to the toilet or something we couldn’t. I started truanting from primary school so welfare got involved.

The first time I was arrested I was twelve years old, on Christmas Day on a stolen moped, which I crashed into the front of a police car. My mum took my dad to court and got full custody and I thought “Great! I’m moving in with my mum” only to be moved round the corner with my Nan and Granddad. So again I went through the whole process of feeling abandoned and I suffered from it severely. I used to throw myself over the bonnet of my mum’s car, screaming hysterically because I didn’t want her to go. I used to say “Take me with you”, crying. I had to be peeled off the bonnet and she would drive away. I understand now it was upsetting for her as well, it was a horrible situation. She was very young. I didn’t realize, though, that the whole time I was begging to go with my mum that the thing I was craving for was there with my Nan and Granddad.

But I was getting into trouble and eventually my mum did move me in with her and my stepdad when I was thirteen and my life changed. I never wanted for anything, it was a complete lifestyle change. I was full of resentment but it all got shunned aside and everything was answered with money. I asked for a bike on my birthday and my stepdad bought me a quad bike.

I was thirteen when I first took cocaine. On my first day of school I bought 200 fags in twenty packs to give out to the other kids so they would like me. By the time I was fourteen I was selling cocaine to the kids at school. My friends were people a lot older than me and by the time I was eighteen I was hanging around with forty-year-olds. My life got progressively worse, unmanageable, my priorities were all mixed up. Then it came to an abrupt halt because I changed the drug I was using to crack cocaine. By the time I was nineteen my addiction was so bad I was homeless. I was not able to be helped at that point, my addiction had taken hold. I was doing loads of crime, but one specific crime, I ended up getting a lengthy sentence for it and it destroyed me. The first year and a half of that sentence was very bad. I knew I had a problem I just didn’t know how to address it. So I did the twelve step programme. I was no longer taking drink and drugs through ignorance. Ignorance is bliss so it took all the bliss out of it. It’s different if you see someone who needs help who doesn’t know what the problem is – that’s someone who’s helpless. But for someone who knows what the problem is and is doing it anyway – that’s addiction. It’s an illness that’s progressive, there’s no pinnacle moment. I relapsed and it was a feeling of pain, I felt lost and I felt worthless. What I understand now is that it was a period of denial. I believe I suffer from a disease which is an obsession of the mind and an allergy of the body. So my obsession to use drugs and drink overpowered anything else. I was very suicidal. I went through a stage of not caring whether I lived or died. I used to hate going to sleep because I didn’t want to wake up.

My belief is that the only effective way you can break addiction is the gift of desperation. It’s breaking patterns of behaviour. My problem is not with drink and drugs, my true problem is living life on life’s terms. Drink and drugs was my solution, it was a dire solution and it had consequences. I burnt all my bridges, I got put on suicide watch in prison. One night I made a choice, I had a moment of clarity with the gift of desperation in a suicidal state. I was told about The Nehemiah Project and decided to give it a go.

Now I have very effective tools, I have loving people in my life because I struggle with life on life’s terms. It matters that I have people in my life who care and The Nehemiah Project plays a special role. Within the space of five minutes of meeting The Supported Housing Team staff I started to cry because of the love that I felt, straight away I got a connection, I felt so comfortable. One of the most important things that The Nehemiah project gave me was stability and security. A lot of behaviour is fear based. Fear has driven me to use drink and drugs. The programme here and the unconditional loving approach of every staff member has massively helped me. The most important thing which I identified was practising recovery whilst living in a house as though you’re living outside. So it’s created an environment of positiveness and encouragement which is the complete opposite to the environments I’ve lived in and come from. It’s being able to practice what you’re taught straight away. Sometimes filling someone with so much encouragement and love is great with rigorous honesty.

I’ve graduated now and moved to the second phase ‘Moving On’. The house is very calm and I’ve started a three year plumbing course. I go to college three days a week. There’s a young kid there who’s only sixteen and he’s very quiet so he could easily be a target for bullying. I’ve taken him under my wing and he looks up to me. I don’t tell him about my past, I wouldn’t burden him with that but I like helping him. Life feels good.

These cookies are used to deliver adverts more relevant to you and your interests They are also used to limit the number of times you see an advertisement as well as help measure the effectiveness of the advertising campaign. They are usually placed by advertising networks with the website operator’s permission. They remember that you have visited a website and this information is shared with other organisations such as advertisers. Quite often targeting or advertising cookies will be linked to site functionality provided by the other organisation.